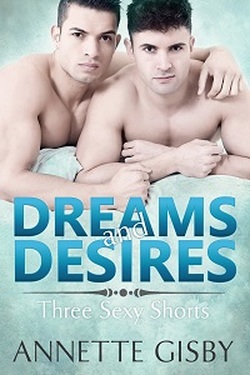 Includes The Prince's Guard, The Doll House and Of Pets and Pleasures, which are also available separately

The Doll House - where your fantasies are our pleasure...

Lucas has been married to David for four years and in that time they made a promise to always take time off work to spend their birthdays together.

This year is the first time David had broken that promise and Lucas is very disappointed when David has to go work.

He's shocked and even more disappointed when he discovers his present - a gift certificate for the exclusive club, The Doll House. A club where all your fantasies can come true.

But The Doll House is not all it seems and once there, Lucas gets the surprise of his life and a fantasy he had only ever dreamed of.

Of Pets and Pleasures - is love for sale or only pleasure?

The native population of Terra Five have been enslaved by humans for centuries. Owning a pleasure slave is seen as a sign of status, but Sebastian Bennet has never felt the need to own a pleasure slave before. That all changes when he meets the handsome alien youth, Haleth, and decides he must have him for his own.

And as for Haleth, he has little choice in the matter - become a slave or eke out a miserable existence homeless on the streets of Terra Five.

The Prince's Guard - can a prince find the strength to sumbit?

Prince Dashan has been used to getting things his own way, with servants to cater to his every whim. As the crown prince, it is essential that he is protected and he is followed everywhere by his bodyguard, Ryland. Dashan can't even head to a tavern with his friends without Ryland somehow turning up and spoiling his fun.

One night, Dashan disguises himself as a peasant and sneaks off to the brothel that he's heard rumours about - a brothel that caters for men who like men. The prince finds it difficult to admit to himself what his true desires are - he yearns to submit his will to someone else. And Ryland is just the man to show him what that truly means.