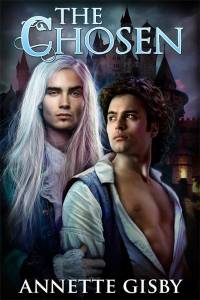 The neighbouring kingdoms of Oscia and Arcathia have been at a tentative peace for three years after centuries of warfare. Prince Severin of Arcathia has been brought up to put duty before all else and as the only son of the King and Queen, it is his duty to marry and produce an heir. His parents want him to marry an Oscian princess to cement that tentative peace. Unfortunately Severin isn't interested in princesses. Now, if he had his pick of princes that would be another matter.

Havyn has been a slave all his life. When his aptitude for wizardry is discovered, he finds himself purchased and freed by Prince Severin and apprenticed to the royal wizard, Ildar. His duty is to stay chaste to keep his powers strong, but his feelings for Severin sorely test his resolve.

With kingdoms at war, the throne hanging in the balance, magic in the air, and outside forces trying to keep them apart, can the two men find happiness together, or is duty more important than love?

"The way Severin and Havyn fight their attraction even as each of them continue to crave each other was heartbreaking. This was a really good novel, one that I thoroughly enjoyed reading and remember for quite some time." - Coffee Time Romance

"Annette Gisby is one of my new favorite authors to watch out for. The Chosen was simply a fantastic mixture of passion, longing, magic and kingdom intrigue...Annette Gisby has written a fantastic book with clandestine visits, secret dreams, and a fantastic ending." - Bitten by Books 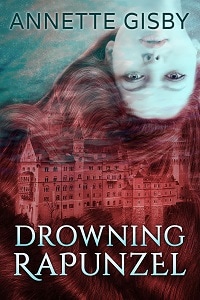 Recently released from a mental institution, Beth Gregory accepts a job as a live-in secretary/PA to the reclusive painter Josh Warrington. From the first moment he sees her, Beth’s long red hair fascinates him, and Josh wants her to be his Rapunzel for a series of fairy tale paintings on which he’s working.

Beth has two major fears: that she will be sent back to the mental hospital and that the visions which landed her there in the first place will return. They do; this time giving her glimpses of murders before they happen. Beth becomes the main suspect in the murder investigation and then she has the most disturbing vision of all: she will become the next victim…

"An ever-accelerating roller coaster ride of a novel, culminating in a scene that will knock your socks off. There were so many twists, turns, and red herrings that I truly did not know what to expect next." - Once Upon a Book

"Hypnotic story, this had a very gothic feel to it.  I was entranced from the beginning." - Musings from an Addicted Reader

"But here the author has seemingly penetrated more deeply into the psyche of her characters, of course most particularly with Beth Gregory. Not only has the author given her protagonist "a gift", but Ms. Gisby possesses an outstanding gift of her own for writing exciting thrillers." - Alan Cambeira, author of Azucar's Trilogy 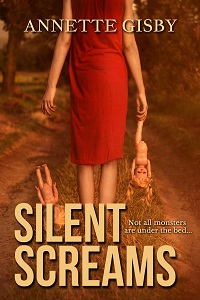 After years of suffering, the revelation that she is now pregnant with her abuser's child was too much for Jessica Miller. She tried to end it all with a knife in the bath.

She was saved in time, but now Jessica is learning that survival is only the first step to healing. A mother and a small town who seem to care more about the impropriety of her condition than the horrors that caused it, an inability to share her feelings with the man she loves, and struggles both internal and external over the fate of her unborn child, conspire to crush her from all sides.

As events in her life grow ever darker, can Jessica find the strength to find her way toward the light and break a cycle of abuse? If she can't, it won't just be her leading a life of suffering this time: it will be her child.

"Fans of V. C. Andrews will rejoice in the style. Few will be able to put down this mesmerizing book." -- Kathleen Walls, author of Last Step

"It will challenge the reader with a spectrum of intelligent well-written characters, and a full range of emotional depth." -- Dehanna Bailee, author of True Nature